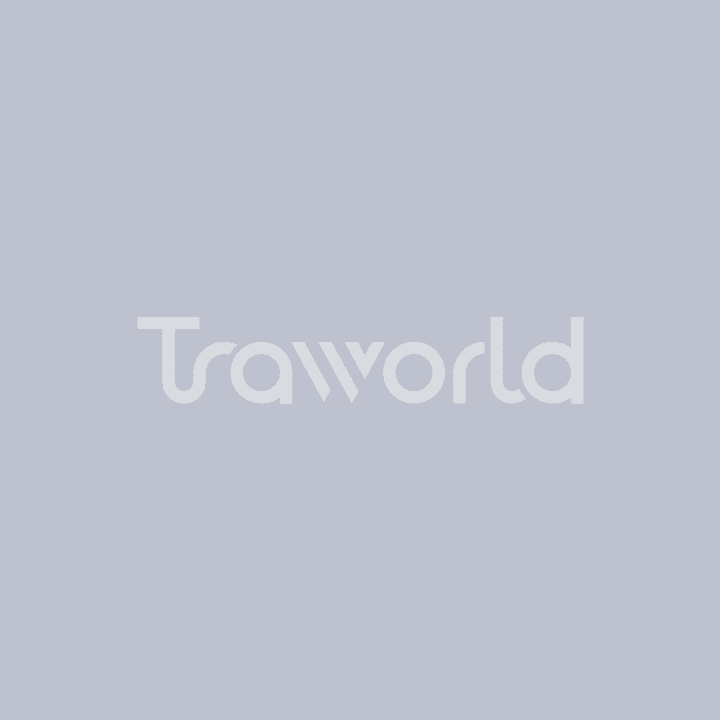 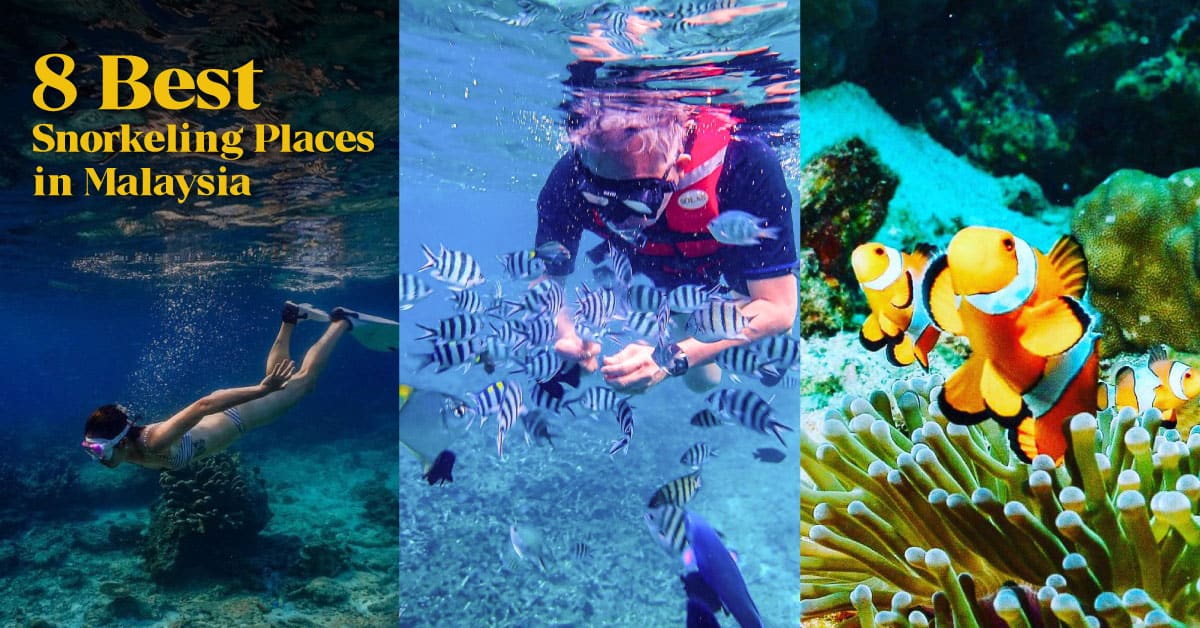 The Redang Island is a gazetted marine park in Terengganu famous for its crystal clear waters and white sandy beaches. The majority of the snorkelling spots are only accessible by boat. Some of the most notable snorkelling spots include the Redang Marine Park, Tanjung Mak Cantik Redang and Tanjung Tengah Redang.

Crowned as the most popular snorkelling spot, Redang Marine Park can be pretty crowded during the holiday season. Over here, visitors can feed the fishes like wrasses, sergeant majors, parrotfish, etc. There is also a shipwreck which makes an excellent hiding place and habitat for fishes like angelfish, batfish, giant groupers and moray eels.

If you wish to see reefs in better conditions, you will have to go to places that are not concentrated with tourists (more like a hidden gem). For example, the sides of the U-shaped bay in front of Teluk Dalam’s Taaras resort, nearby Redang Kalong resort’s jetty, at Teluk Kalong’s resorts and more. During the northeast monsoon season, resorts are closed, and ferry transport schedules are severely restricted between October and March.

The best places to snorkel in Perhentian Kecil are along the edges of Long Beach and Coral Bay. Whereas in Perhentian Besar, around the pier provides some of the most beautiful marine lives. Some of the sea creatures you can see here include sea turtles, clownfish, blue-spotted rays and black-tipped reef sharks. Most of the resorts here provide snorkelling equipment rental services. 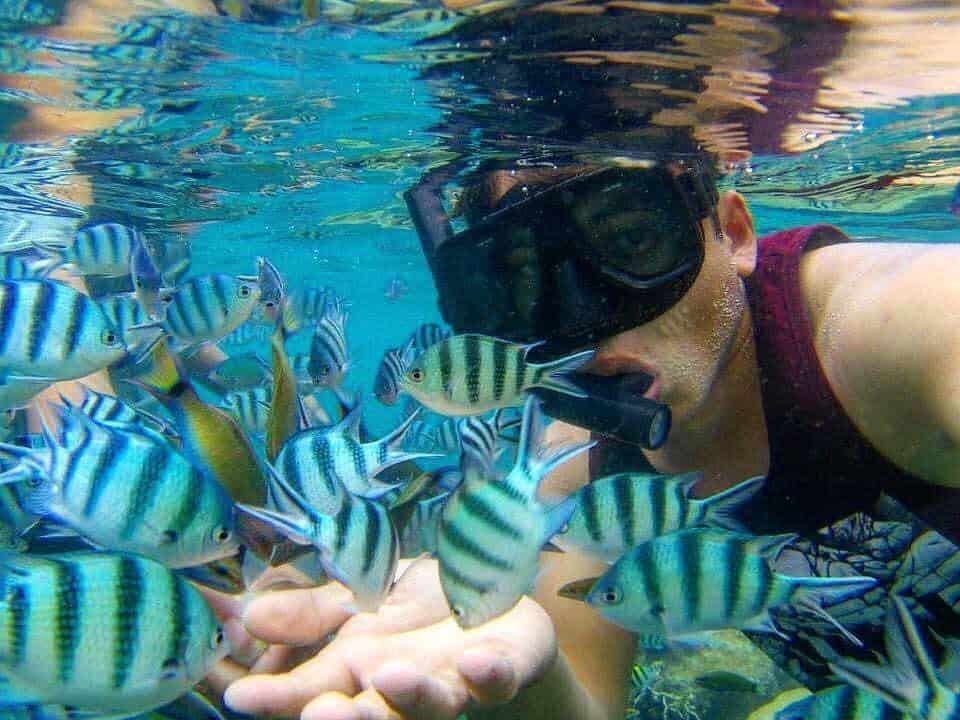 The best time of the year to visit is between March and early November, and the peak season is around July and August and early September. Likewise, on Redang Island, the monsoon season is between October and March. Even though some of the spots at Perhentian Kecil are open all year round, it is best not to take the risk by snorkelling in the sea.

Mabul Island is a small island located off the south-eastern coast of Sabah in Malaysia. It is inhabited mainly by Bajau Laut and Suluk Muslims who live a nomadic lifestyle. The residents here mostly work as fishermen, and you can often spot their children swimming in the crystal clear water. 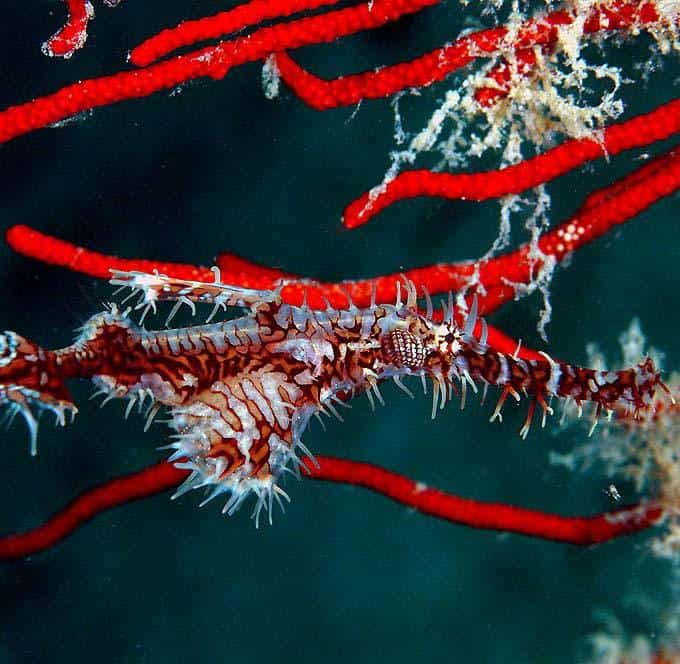 Often described as heaven on earth or Malaysia's version of Maldives, Mabul island is also a hub for odd-looking and exotic marine creatures. As opposed to many other snorkelling spots, this island doesn’t have colourful coral reefs with a shoal of colourful fishes swimming around the clear blue waters. In fact, Mabul is quite the opposite, with a sandy & muck seabed with odd-looking macro critters. Rare marine life like gobies, bobtail squids, mimic octopus, and stunning flamboyant cuttlefish can be easily sighted while snorkelling.

One downside about this place are the local kids who ask for money. Visitors are advised to refrain from giving them any. This is because doing so will impact the community negatively. It will result in the kids growing up to become beggars who wait for tourists to give them money, instead of earning the money by working (easy money, who wouldn’t?)

Located off the east coast of Sabah, Tun Sakaran Marine Park is also known as the Semporna Islands Park. It consists of 8 islands namely, Bodgaya, Bohey Dulang, Sebangkat, and Salakan, the sand cays of Maiga, Sibuan, and Mantabuan, and the patch reefs of Church and Kapikan. To reach the Tun Sakaran Marine Park, visitors will have to take a 45 minutes speed boat ride from Semporna’s jetty.

The richness of marine lives here are on par with that of ‘Great Barrier Reefs' in Australia. It also has the highest species diversity among all marine sites in Malaysia. Not only that, but it is also the home to a mixture of communities which include the Bajau Samal or Bajau Darat (settled Bajau), and Bajau Laut (nomadic sea gipsies), and Suluks (originally from the northern Sulu archipelago). If you plan to snorkel here, remember to be aware of the jellyfish! 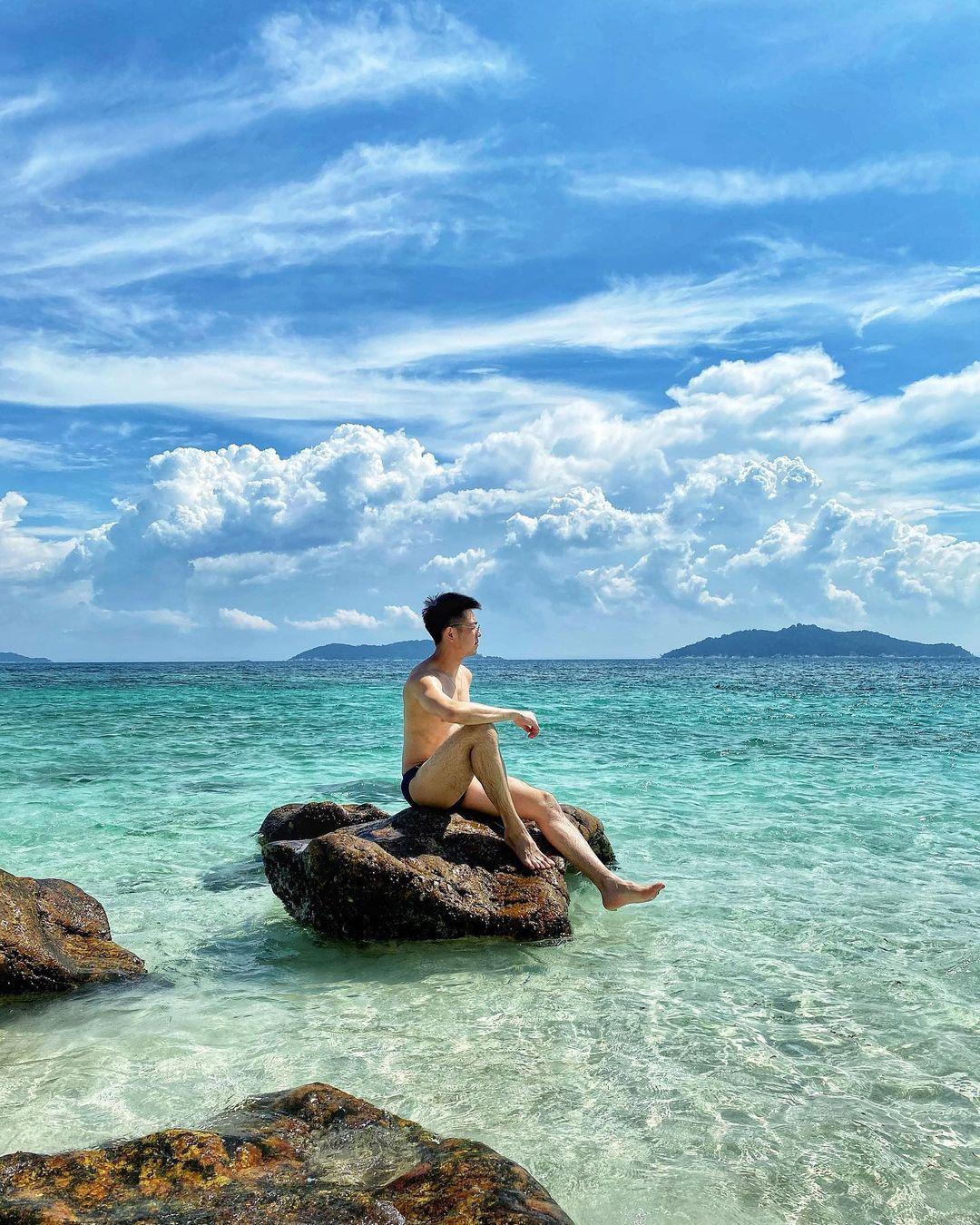 Well known for its extra fine and white sands on the beach, Pulau Rawa is among the most popular snorkelling spots in west Malaysia. The reef bed can be found on the west side of the island.

Beautiful clusters of corals, rocks and clams of various sizes can be found on the sandy seabed. On top of that, a variety of fishes like Spinefoot, wrasse, damselfish and triggerfish can be easily seen while snorkelling. Occasionally, you will see blue-spotted stingrays and blacktip reef sharks swimming around you.

The water is known to be sparkly clean and clear, with high visibility. Most of the islands there are uninhabited, giving you a tranquil, serene, and an out of the world snorkelling experience. One thing to note is that there are jellyfish, so be careful of them. If you want to avoid being stung, it is advisable to wear long sleeve rash guards. As the island is located on the east side of the peninsula, it is best not to snorkel during the monsoon season, between November to February.

Located on the southeast coast of West Malaysia, Tioman Island has been a popular tourist destination and snorkelling spot due to its clear water. This island is located in Rompin, Pahang and has 7 villages. It is accessible by ferry from the coastal towns of Mersing, Johor and Tanjung Gemok, Pahang. Many resorts and chalets on this island have duty-free status.

There are many resorts that face the sea here, and you can just snorkel right in front of your accommodation. Most of the designated diving spots are located on the west and south sides of the island. The marine life is diverse, especially around the coral reefs at Renggis Island and Coral Island.

Mantanani Islands consist of a small group of three islands which are Mantanani Kecil, Mantanani Besar and Lungisan. Besides being a good bird-watching spot, the Mantanani Islands also have warm clear seas with beautiful coral reefs. It is a lesser-known place, as many tourists would probably flock to the Semporna Islands for open water activities like swimming, diving and snorkelling, instead of going to the Mantanani Islands.

Visitors will have to take an hour's ride on a speedboat to reach the island. The crystal blue sea will definitely leave you speechless. The fine white powder sorry, I mean sand is nice to feel and erm…don’t try to snort them because it is indeed sand. On a good day, you can even see Mount Kinabalu from the island.

It is recommended to snorkel at Rocky Point and Magic Rock near Mantanani Kecil Island where the corals are in great shape. April to September is the best time to snorkel at this hidden gem, whereas November to February is the monsoon season where there will be a lot of rainfall and rough waves, making it unsuitable for snorkelling.

The Sipadan Island Park is located in the Celebes Sea off the east coast of Sabah. More than 400 species of fish and hundreds of coral species can be found growing on the dead vertical volcanic cone that forms the island (with the dry land being the tip of the cone). It is also one of the top diving and snorkelling places in the world!

One of the most interesting features of the island would be the 600m Drop-off (vertical coral wall) that starts towards the end of the jetty. Some of the marine life that you can see here include green and hawksbill turtles, barracuda, big-eye trevally, bumphead parrotfish, scalloped hammerhead sharks and many more. 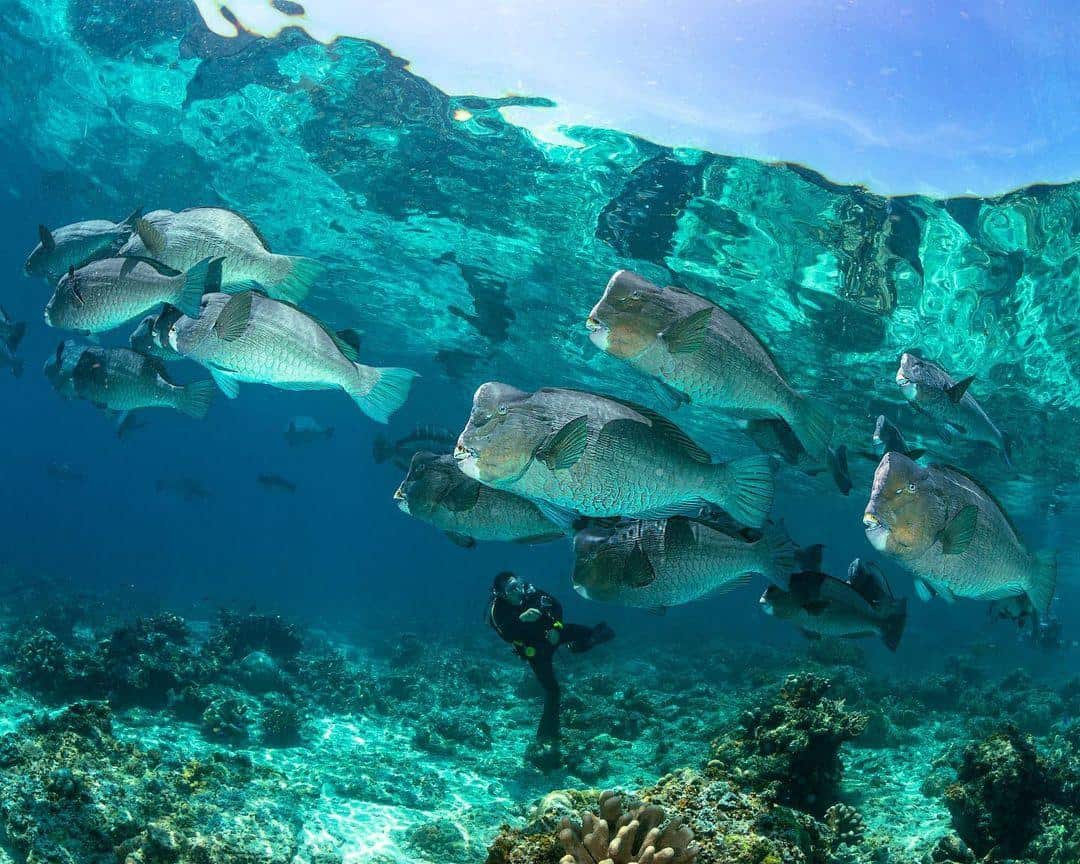 Snorkelling and diving are different in the sense that they can be performed in shallow water and require no expertise. It is so easy that even kids can do it! You can start by picking from one of these 8 best snorkelling places in Malaysia that have clear water and colourful fishes & Coral Reefs. 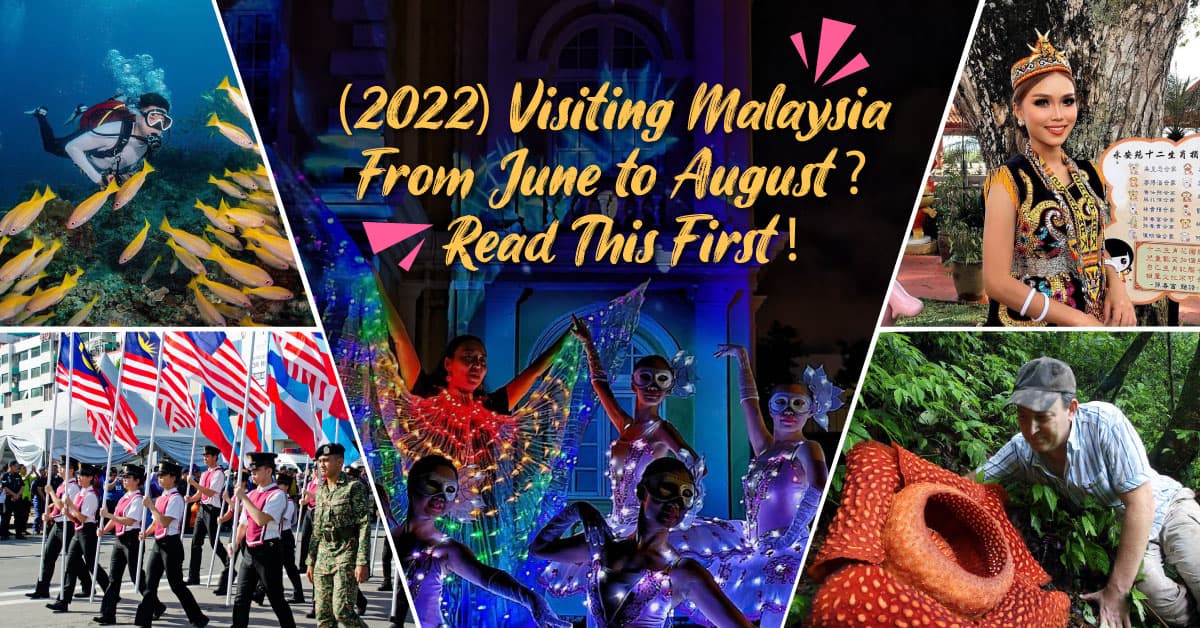 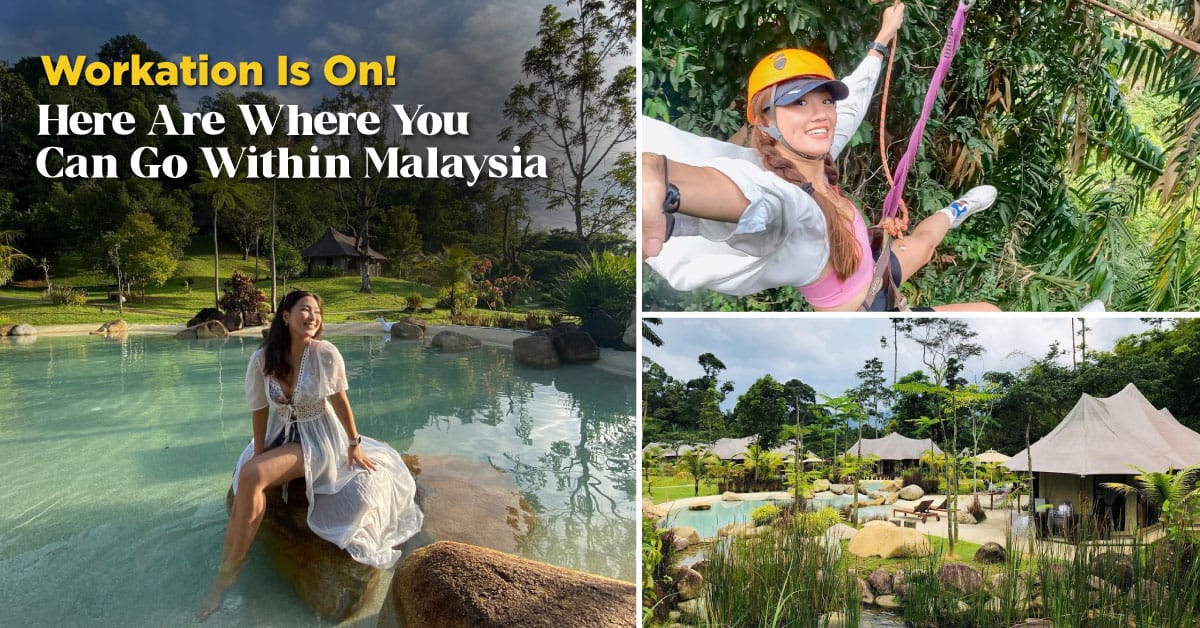 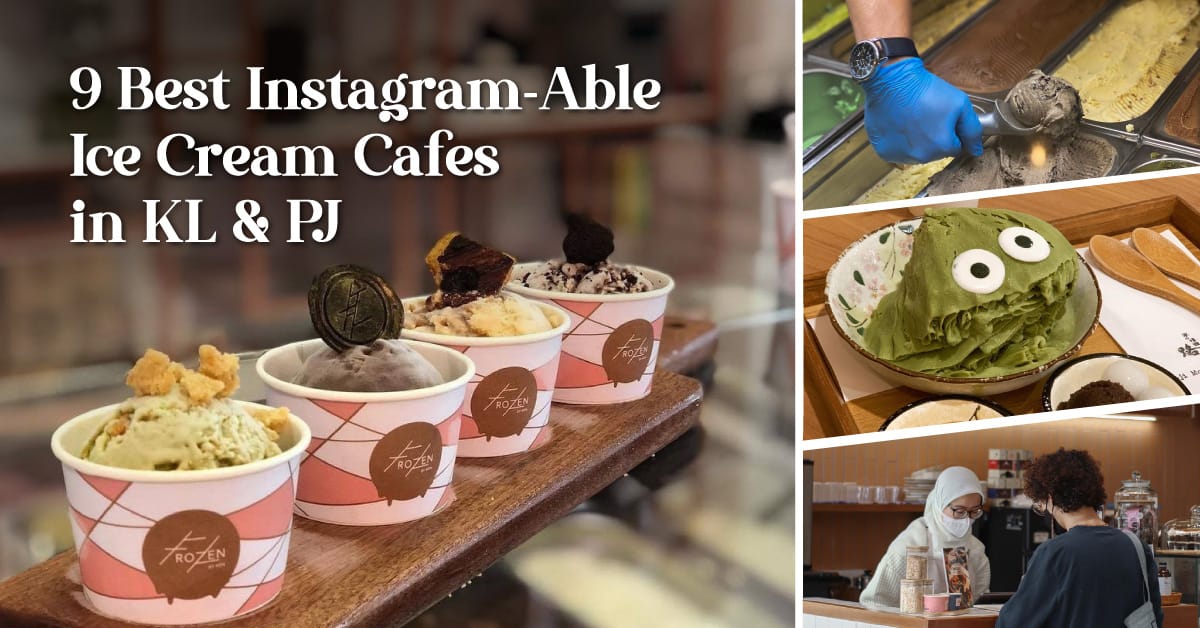 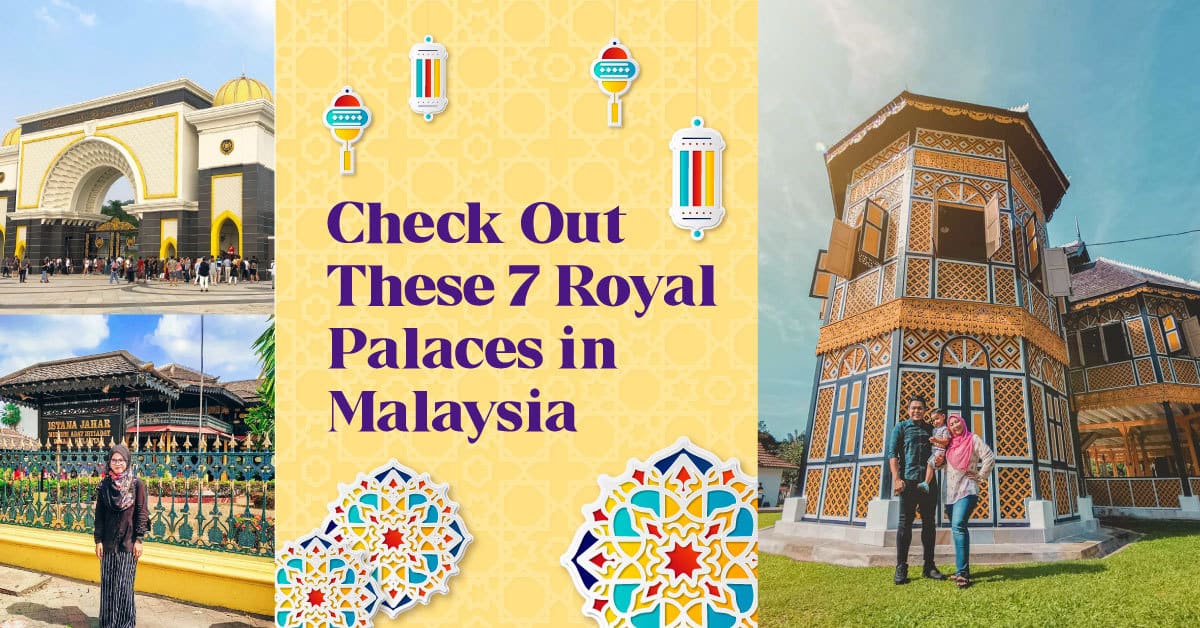 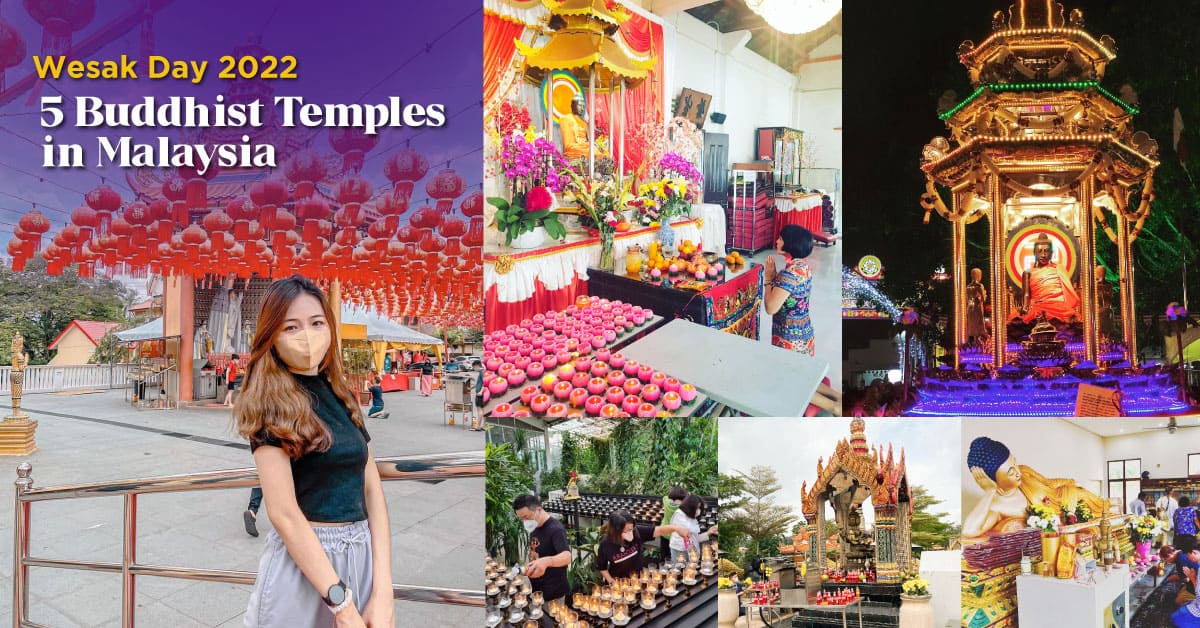 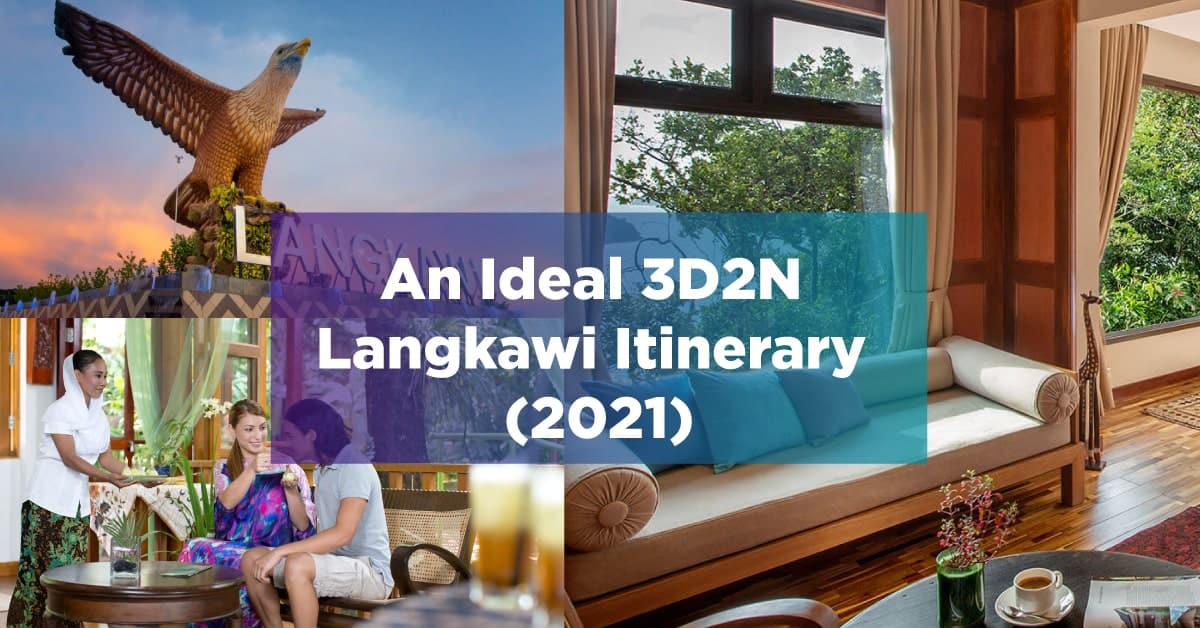 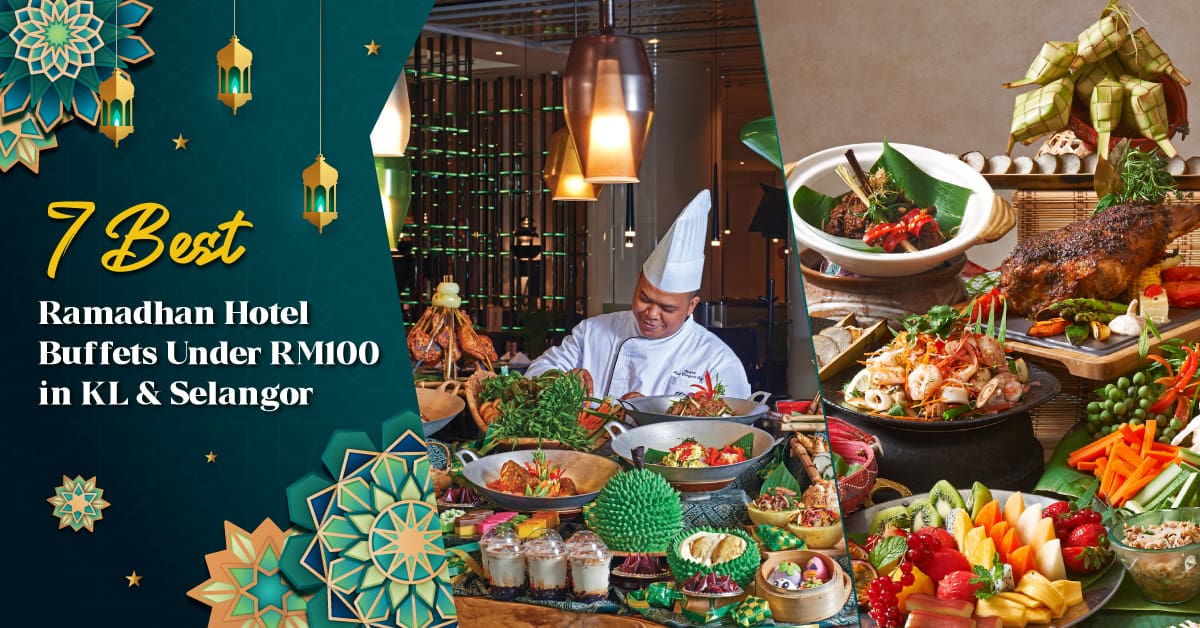